After TechWeek Chicago 2015, I went to BattleHack Chicago 2015, a global hackathon sponsored by BrainTree (a PayPal company). There, I met Michael Lancaster one of the most awesome software engineers I’ve ever met. He’s the developer behind SoundNode.

We wanted to create something that could be useful for us and the typical college students. So, we decided to create Clappity, a device that can be plugged into your wall and passively listen to your pre-configured claps to trigger an online order. In our case, you would be able to order a pizza, sandwich or a burrito. It was created using a Tessel microcontroller, with an Ambient Noise Detector Module attached, which runs on a Node.JS websocket server. 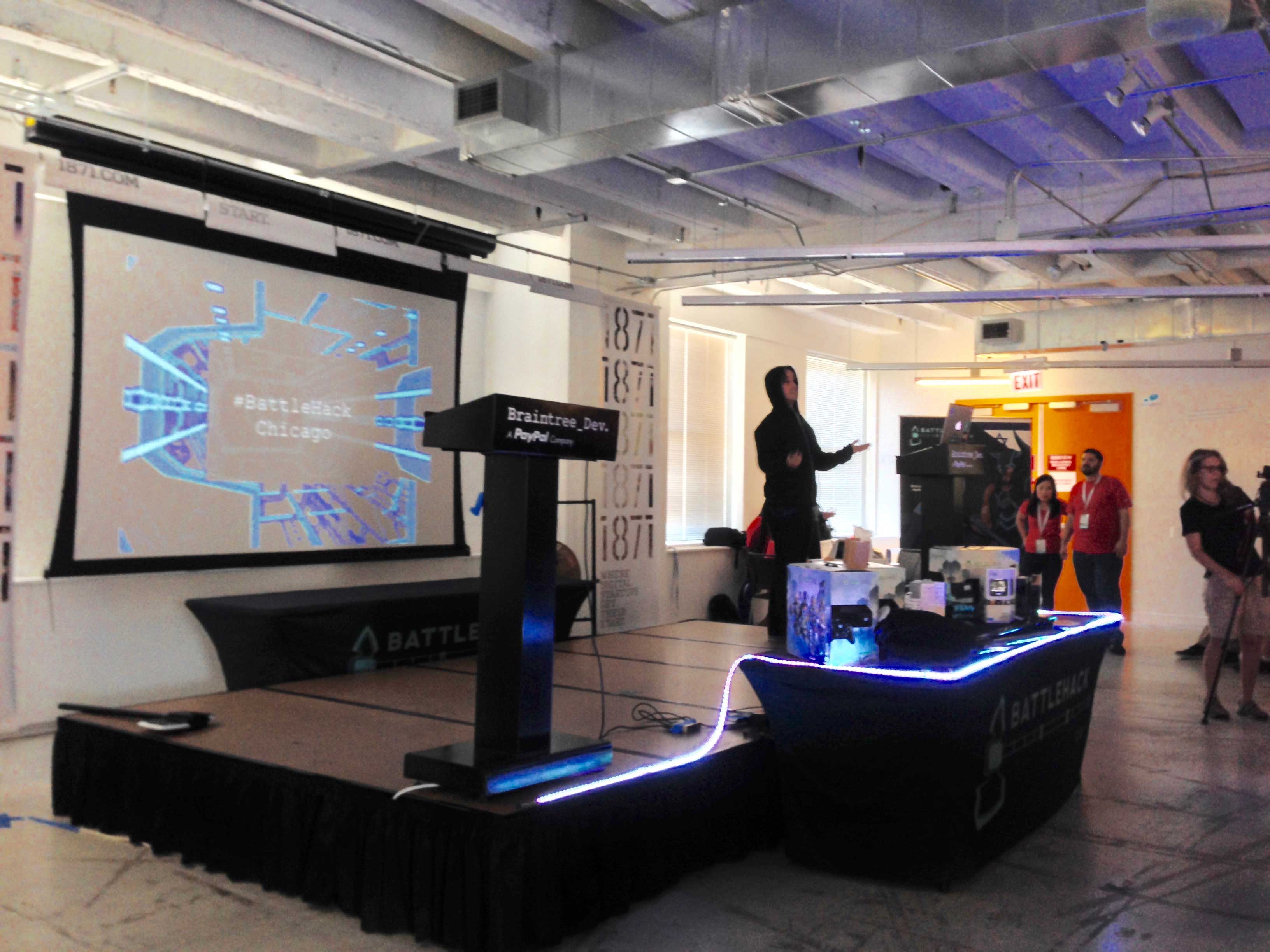