Playing Music And Video With OMXplayer 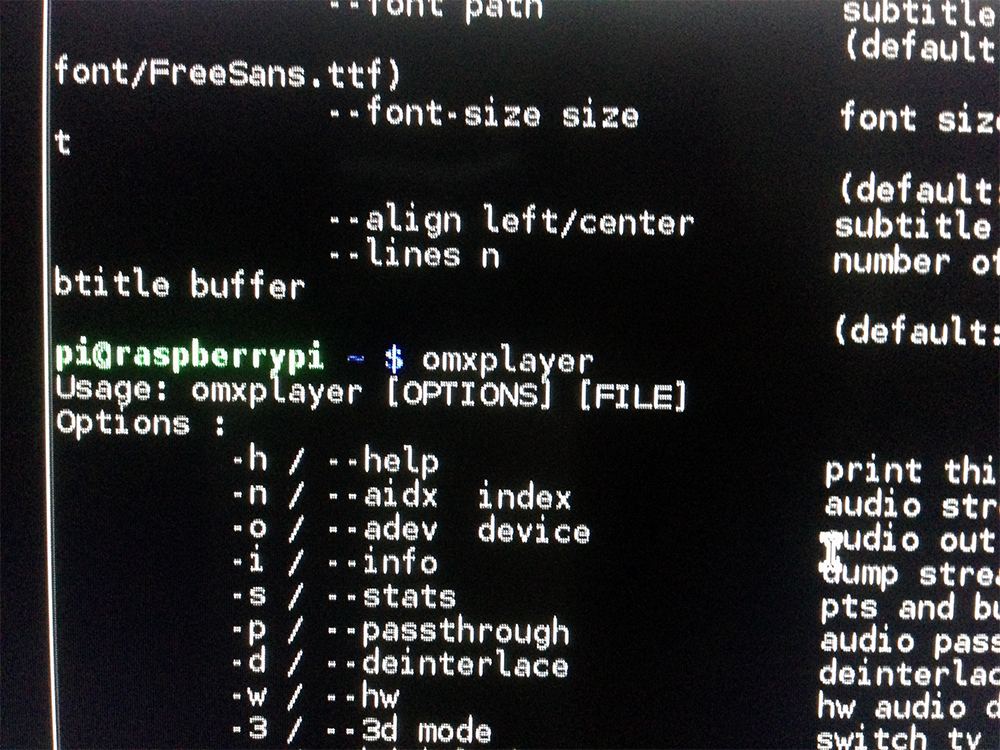 The Raspberry Pi can be turned into a media player using XBMC, making the tiny credit-card sized computer into an awesome all-in-one media center. However… what if you just want to play music and videos without the hassle of installing a separate package? Well, OMXplayer is the solution for you.

After you’ve installed Raspbian (“wheezy”) and set up your Raspberry Pi, you can access OMXplayer, which is based on the XBMC project, by following these steps:

Note: You don’t have to install anything other than the Raspbian itself. OMXplayer is built-in but requires a tricky way to access it.