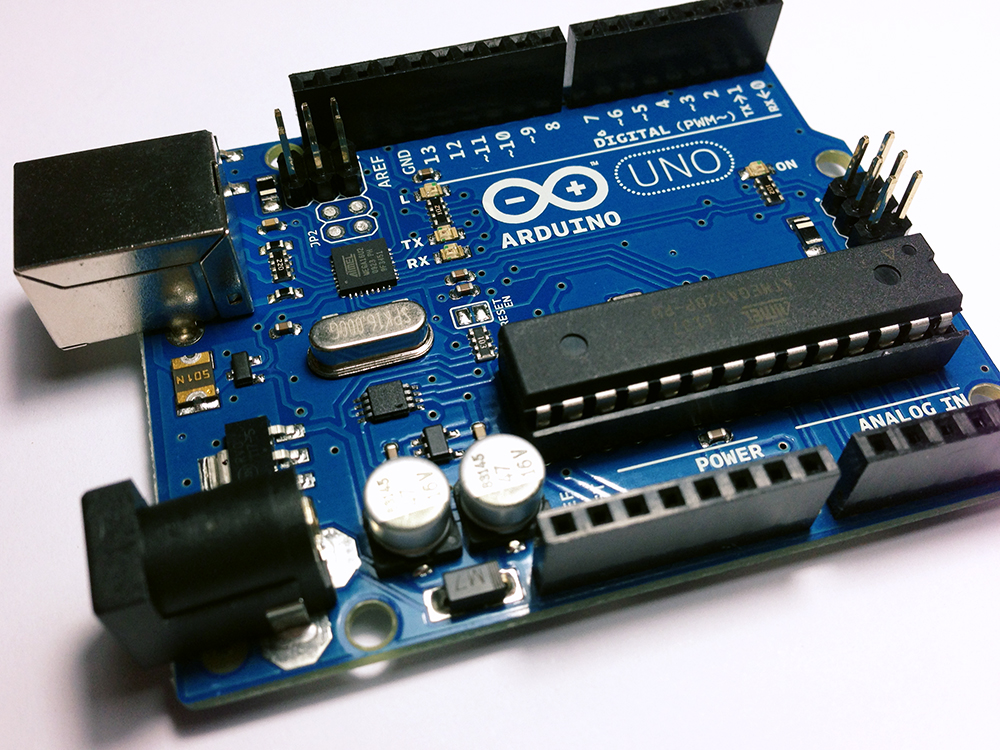 I guess doing a post about multiplexing using the Arduino without showing the platform itself first, was a mistake. So, in order to make amends for this, here’s a “first look” at the Arduino platform.

The picture that you see above is the Arduino UNO R3.

“The Arduino Uno is a microcontroller board based on the ATmega328 (datasheet). It has 14 digital input/output pins (of which 6 can be used as PWM outputs), 6 analog inputs, a 16 MHz ceramic resonator, a USB connection, a power jack, an ICSP header, and a reset button. It contains everything needed to support the microcontroller; simply connect it to a computer with a USB cable or power it with a AC-to-DC adapter or battery to get started.” – Arduino.cc 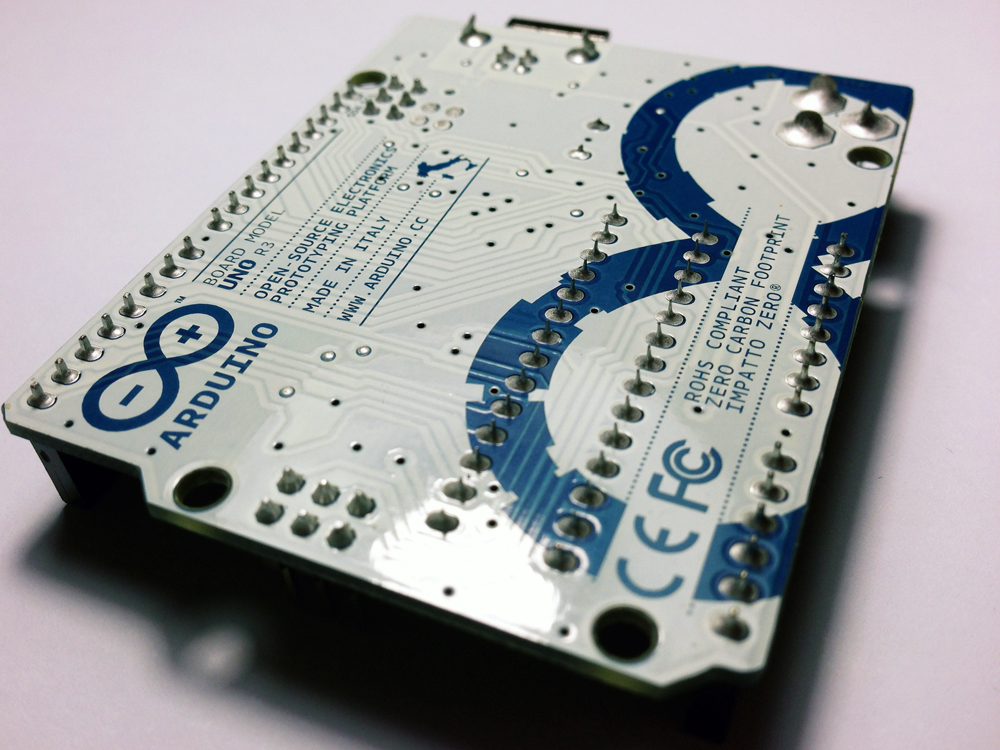 Here’s the back side of the board. Take note of the map of Italy. Authentic Arduino boards should have Sicily divided from the mainland, as pointed out by Massimo Banzi in his Hall Of Shame.

In addition to being one of the most popular prototyping platforms, Arduino also has stackable shields that adds different capabilities to the main board. Here are just some of them: 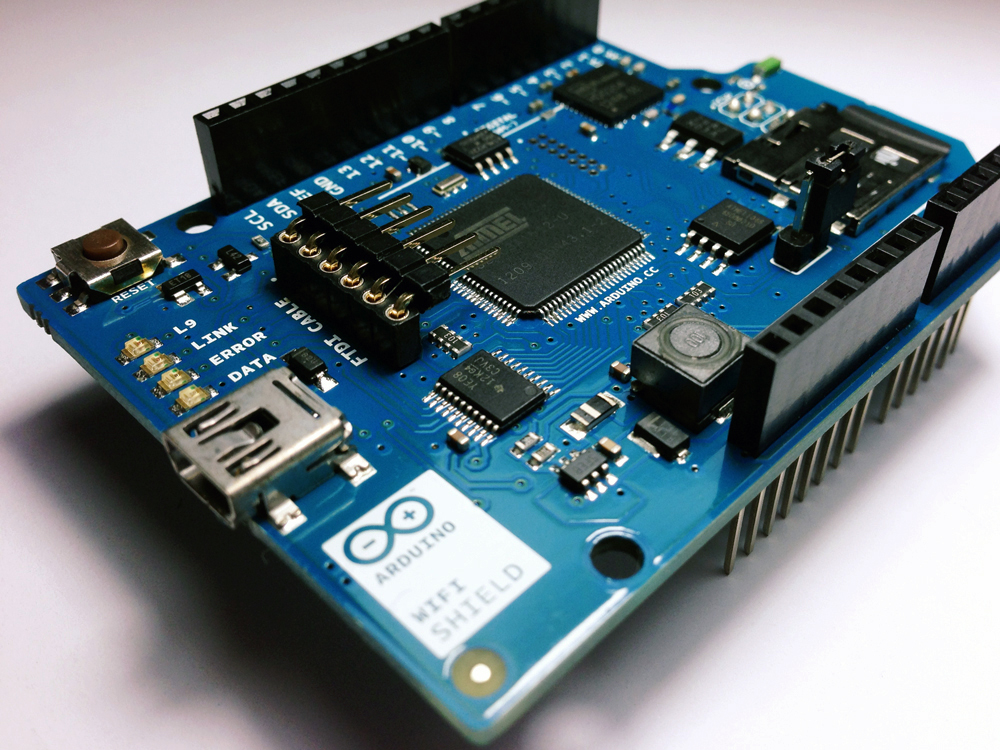 “The Arduino WiFi Shield allows an Arduino board to connect to the internet using the 802.11 wireless specification (WiFi). It is based on the HDG104 Wireless LAN 802.11b/g System in-Package. An Atmega 32UC3 provides a network (IP) stack capable of both TCP and UDP. Use the WiFI library to write sketches which connect to the internet using the shield. TheWiFI shield connects to an Arduino board using long wire-wrap headers which extend through the shield. This keeps the pin layout intact and allows another shield to be stacked on top.” 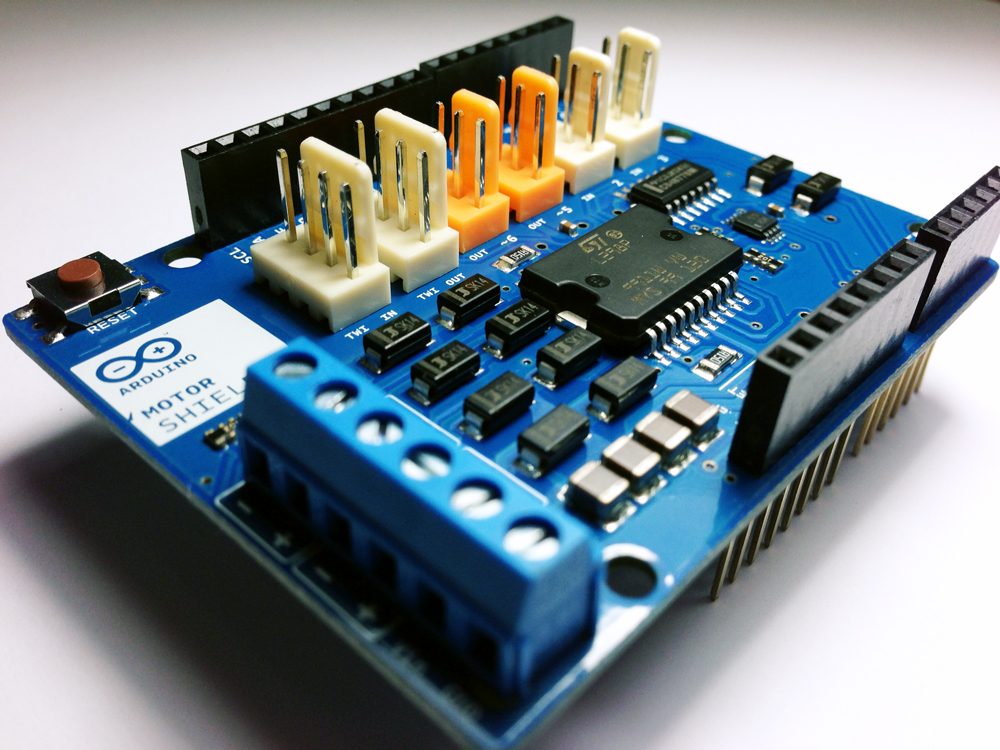 “The Arduino Motor Shield is based on the L298 (datasheet), which is a dual full-bridge driver designed to drive inductive loads such as relays, solenoids, DC and stepping motors. It lets you drive two DC motors with your Arduino board, controlling the speed and direction of each one independently. You can also measure the motor current absorption of each motor, among other features. The shield is TinkerKit compatible, which means you can quickly create projects by pluggingTinkerKit modules to the board.” 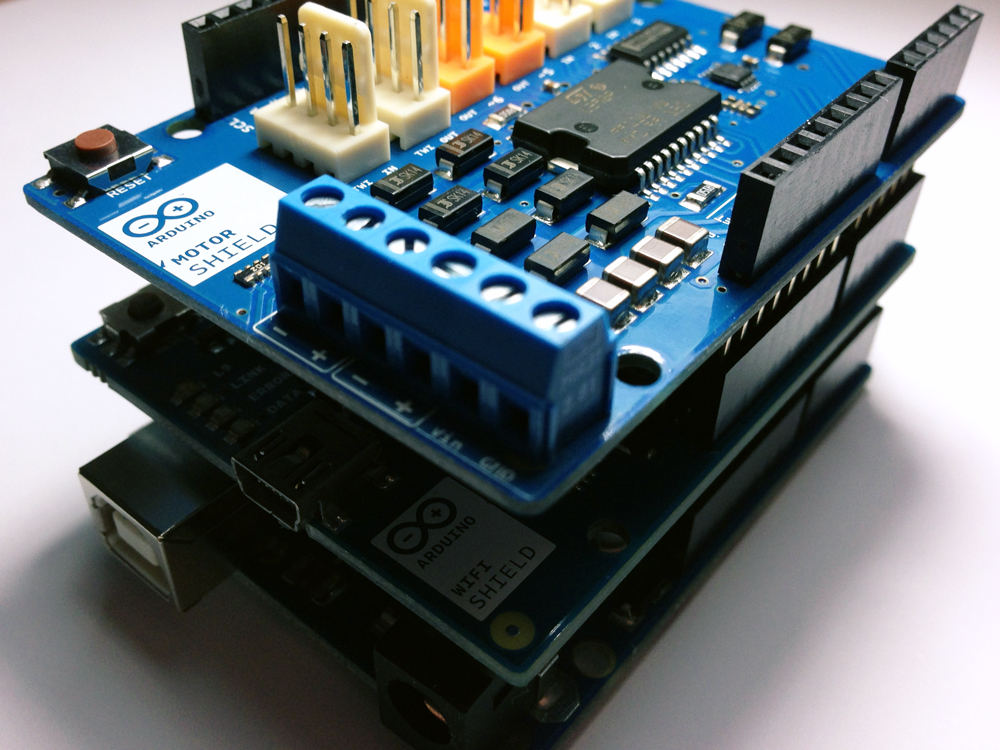 Here’s a picture having the shields stacked up.

Here’s a picture from the Arduino blog comparing the original board and its counterfeits.