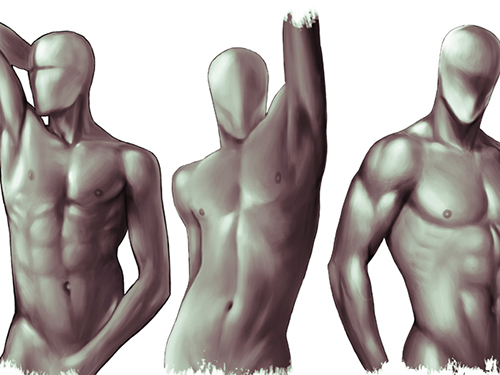 It is rather more unusual to see a young man, half-naked, posing for an advertisement than a young lady with barely enough dress to cover her dignity. To see a woman naked, at least for the majority of our society, is more widely accepted than a man who does the exact same thing. It is the norm popularized by the male-dominated society, as if it’s a given that a woman’s body is to be objectified and made to satisfy other people’s sexual fantasies. I ask you now, as a reader, to hold that thought for a moment and think of the possibilities. What if things turn around and change into the exact opposite — more men posing for advertisements? Will it still be acceptable? How will the society react?

In Susan Bordo’s Beauty (Re)discovers The Male Body, she recounts the first time she saw a man, half-naked, posing for an advertisement:

“It was the spring of 1995, and I was sipping my first cup of morning coffee, not yet fully awake, flipping through The New York Times Magazine, when I had my first real taste of what it’s like to inhabit this visual culture as a man. It was both thrilling and disconcerting. It was the first time in my experience that I had encountered a commercial representation of a male body that seemed to be deliberately invite me to linger over it.”

Clearly, if this was a man, a straight man that is, he would just probably throw the magazine, drink his coffee, and go back to sleep. However, that doesn’t change the fact that there are people in the society who takes pleasure in this, in the beauty of the male body. Straight, lesbians, and all the other genders people would prefer in between, are all counted. Yes, it’s unusual, yes, it’s against to what has been the norm, but the fact is, it is true and will be true in the near future. Period.