I don’t like writing and I’m not going to lie. 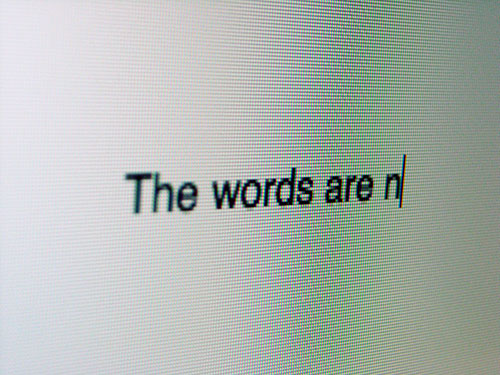 Apart from being afraid of what readers might say, I don’t like writing because it is a process that takes a lot of precious time from students like me. Instead of doing something else, you’re there staring in front of the computer waiting for the right words to say. You would start typing for a moment but would just delete them a few seconds later. This would go on and on for about an hour – typing, deleting, and retyping the words all over again. When you’re finished, you would read what you’ve just typed and say to yourself, “Wow, this looks like [email protected]#$!”. There goes another hour trying to fix things up.

I envy those who can write very well as if they memorized the words they’re going to say. I guess they’re just gifted, but for people like me who don’t have such talent, do not fret because we’re not alone. I read this article called Shitty First Drafts by Anne Lamott. It basically says that it is okay for people to have their shitty first drafts and I quote:

“For me and most of the other writers I know writing is not rapturous. In fact, the only way I can get anything written at all is to write really, really shitty first drafts.”

You might have a very hard time thinking of the right words to say but just write whatever you could think of and revise it afterwards. Take down some notes, type it in your computer, whatever it may be, just write. I believe that most writers wouldn’t be successful if they didn’t write their shitty first drafts. It just takes a good amount of time and effort, to turn that shitty first draft into something great that you couldn’t even imagine.